Max Silver of the United Kingdom is very happy with what he has achieved at the 2017 WSOP summer series. 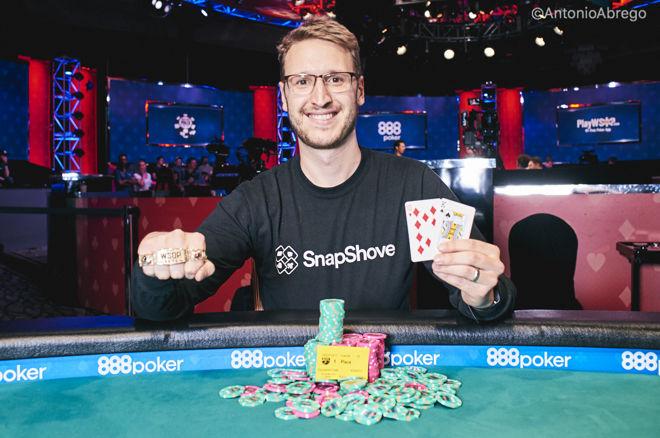 He has won the event number 53 of the WSOP and the event was the $3,000 Limit Hold’em 6-Handed. He put up a domain show at the final table to win the event handsomely. He took home the first place prize money of $172,645 after entering the final table as the chip leader. By virtue of this win at the WSOP event, Silver earned his first WSOP gold bracelet.

Silver seemed to be in great form during the event and spent just nine hours on the six-handed final tables to win the title. There is no doubt that the win at the WSOP event would be one of the biggest wins, if not the biggest win of his career so far. It is to be noted that Silver has also won the UKIPT title in 2010.

There has been just one female player at the final table and she was Lena Wang of the United States. She finished in the 5th position and earned a payout of $32,345. The third place was bagged by Mickey Craft from the USA and his payout was $69,789. The second place went to Geowei Zhang from the US and he earned a payout of $106,694.

Silver said that he was very happy to win the event and to get his first gold bracelet. He always dreamt about winning a bracelet and now he has turned his dream into a reality. He did whatever he felt was right during the event and it worked to his advantage. Silver says that he is not a limit expert and he played really well on the day to win the title. He also said that the chip lead entering the final table did not have such an impact like what many people felt it would.